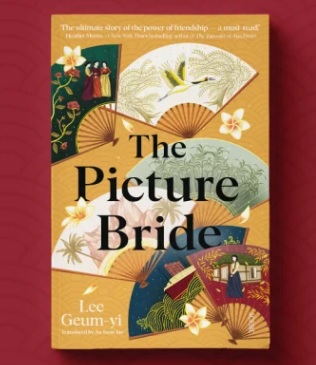 Can’t I Go Instead? was published in Korea, in 2016, before The Picture Bride came out. Both are set in Korea under Japanese colonial rule, and also explore the immigrant lives of Korean women in the US, New York and San Francisco, respectively. During my research for Can’t I Go Instead?, I came across a book about Korean American immigration history. I was captivated by this picture of three women, in a chapter about Korean immigrant labourers who left for Hawaii, and their picture brides. The young women were looking straight ahead, each with a fan, flowers, and an umbrella in hand. I was suddenly curious if the photographer picked out and handed them the props, or if these women chose what to hold in the picture. As I imagined them chatting before the camera, these women leapt off the page that categorized them as ‘the picture brides from a hundred years ago,’ suddenly becoming individuals with dreams and desires. Of these three picture brides who grew up in the same town, only the one in the middle was given a name, and apart from that, there was no personal information about them, not even their age. There was no record of their lives before the photograph, or after, when they would have arrived in Hawaii. I was seized by an overwhelming desire to bring these women, stuck permanently in a black-and-white photo, back to life.